‘Heresy With a Gilding of Orthodoxy’

Among the ‘Notes’ in C. H. Spurgeon’s periodical, The Sword and the Trowel, for July 1890, is an item about the state of the Free Church of Scotland at that time. It looks back to the General Assembly of that year, when two divinity professors, Marcus Dods of New College, Edinburgh, and A.B. Bruce of the Glasgow Free Church College, were accused of making statements inconsistent with orthodox views of the accuracy of the Bible. Both men were exonerated although it was accepted that some of Bruce’s statements had been unguarded.1

It should be noted that the newspaper comment quoted by Spurgeon is not written from an orthodox position, though the writer can see clearly that the position of the Free Church liberals, such as the two professors, was not an honorable one: they were ignoring the vows that they had made when they became ministers, and they were ignoring these same vows after they made them over again when they became professors.

Spurgeon, experiencing a ‘downgrade’ in his denomination, wrote,

The Times of June 5 contains a passage which puts the recent decision of the Free Church of Scotland in a clear light. The case is one for great sorrow and deep humiliation, and it is fairly stated in the sentences:

‘From the decision it might almost appear that professors and ministers may be as heretical as they please, provided only that they cover their heresy with a gilding of orthodoxy… The position in which the decisions of the Free Church (on Dods, Bruce, etc.) places its ministers and professors is that they may speak freely of the ‘mistakes and immoralities’ contained in the Scriptures, may hold that belief in the accepted doctrines of the atonement and the divinity of Christ is not essential to a true Christian, and may treat the books of the Bible as human productions, criticising them as they would do any other books; may do and believe all these things without exposing themselves to process of libel,2  or incurring anything more serious than the mild censure of the General Assembly… However little deserving of sympathy the narrowness of the orthodox party may be, their position is undoubtedly logical. It is not only illogical, it is also immoral, to accept and sign a confession of faith, and then call in question its doctrines.’

It is not natural that the following query should suggest itself? Is it not a serious question for our country, how far existing want of honesty may be traceable to the corrupt examples set by the professing Church when, by its ministers and members, it sets aside solemn covenants, trust deeds, and confessions of faith, and deals with them as current opinion demands? If the foundations of morality be destroyed, what can the nation do?

What will be done in the matter? We don’t care to prophesy; but if our Scotch brethren have degenerated to the English level, they will do nothing. The sound will shield the unsound, the evangelical will pat the rationalistic on the back, and say that ‘they trust they will not go to far’; and all will live together in that form of peace which is not peace, but treachery to God and His truth. The scribes and priests of Israel are now linked in unhallowed confederacies in which there is unbound toleration for error: at the rate at which they are now advancing, those same confederacies will soon have no tolerance for orthodoxy. Even now the sneers and sarcasms at the old faith are more than self-respecting and truth-loving men ought to bear. Yet behind the ruling clique there are hosts of plain, godly men, who will be heard of before very long.

Spurgeon was probably over-optimistic in his assessment of what lay ahead. Just two years later, the Free Church General Assembly passed a Declaratory Act, which brought about a fundamental change in the Church’s constitution. A year was given to allow the 1893 General Assembly an opportunity to repeal the Act. When that Assembly refused to reverse its decision of the previous year, Rev. Donald Macfarlane, then of Raasay, tabled a Protest against the Assembly’s refusal and thereby separated himself from the Free Church. The formation of the Free Presbyterian Church of Scotland followed very soon afterwards.

It was then that some of the ‘plain, godly men’ were heard, as thousands of people took their places in the newly-formed Church. Among the meetings held to consider what should be done, following the anticipated decision of the 1893 Assembly, were some organised by elders. One of these was publicized in a newspaper advertisement placed by three Skye elders; elders and laymen were invited to meet in Achnasheen, a township midway between the east and west coasts of Ross-shire, easily accessible by railway. One of these ‘plain, godly men’ was Neil MacKinnon, a Portree elder, who chaired the meeting and stated that ‘they in Skye had fully made up their minds to separate from the Free Church, carrying with them the old doctrines and principles of the Free Church as held in 1843’.3

Many others who were opposed to the Declaratory Act remained behind, following the leaders of the constitutional party in the Free Church, who were strongly opposed to separation. It took the union of the Free Church with the United Presbyterian Church to persuade the majority of the constitutional party to give up ecclesiastical fellowship with those in the Free Church who no longer wholeheartedly considered The Westminster Confession of Faith to be the confession of their faith. Those who did not enter this union continued to call themselves the Free Church of Scotland, but only in 1906 did they repeal the Declaratory Act.

Many years have passed since 1893. The religious and moral condition  of Scotland has deteriorated drastically since then and the direction of travel continues decidedly downwards. In particular, the Free Presbyterian Church is very much smaller than it was then. Yet the words of Duncan Campbell, another Portree elder, continue to be relevant: ‘We must stand firm in the faith which has been delivered to us, and God who is mighty to save by a few or by many will crown our efforts with success’.4

It might be asked: What, in this context, could be counted as success? No doubt, one main matter has been the continued witness for ‘the old doctrines and principles’ that Neil Mackinnon referred to — the doctrines and principles of Scripture, particularly as summarized in The Westminster Confession of Faith. Further, the gospel has been faithfully preached in Free Presbyterian congregations in various parts of Scotland and, from not long after 1893, in some other parts of the world, beginning with Canada and what is now Zimbabwe. No one can tell how many — in the century and more since these meetings took place — found mercy for their souls, so that they turned from their sins, trusting in Christ Jesus for salvation. A large proportion of them now enjoy the never-ending blessedness of heaven.

Newspapers and other media may still make disapproving references to ‘the narrowness of [an] orthodox party’, but our duty in an ungodly generation is to go on in dependence on God, seeking to be faithful to his Word. We should earnestly pray that the ‘God who is mighty to save by a few or by many will crown our efforts with success’ in this new year.

This article first appeared in the January 2018 edition of the Free Presbyterian Magazine and has been reproduced with permission. Among the ‘Notes’ in C. H. Spurgeon’s periodical, The Sword and the Trowel, for July 1890, is an item about the state of the Free Church of Scotland at that time. It looks back to the General Assembly of that year, when two divinity professors, Marcus Dods of New College, Edinburgh, and A.B. Bruce of the […] 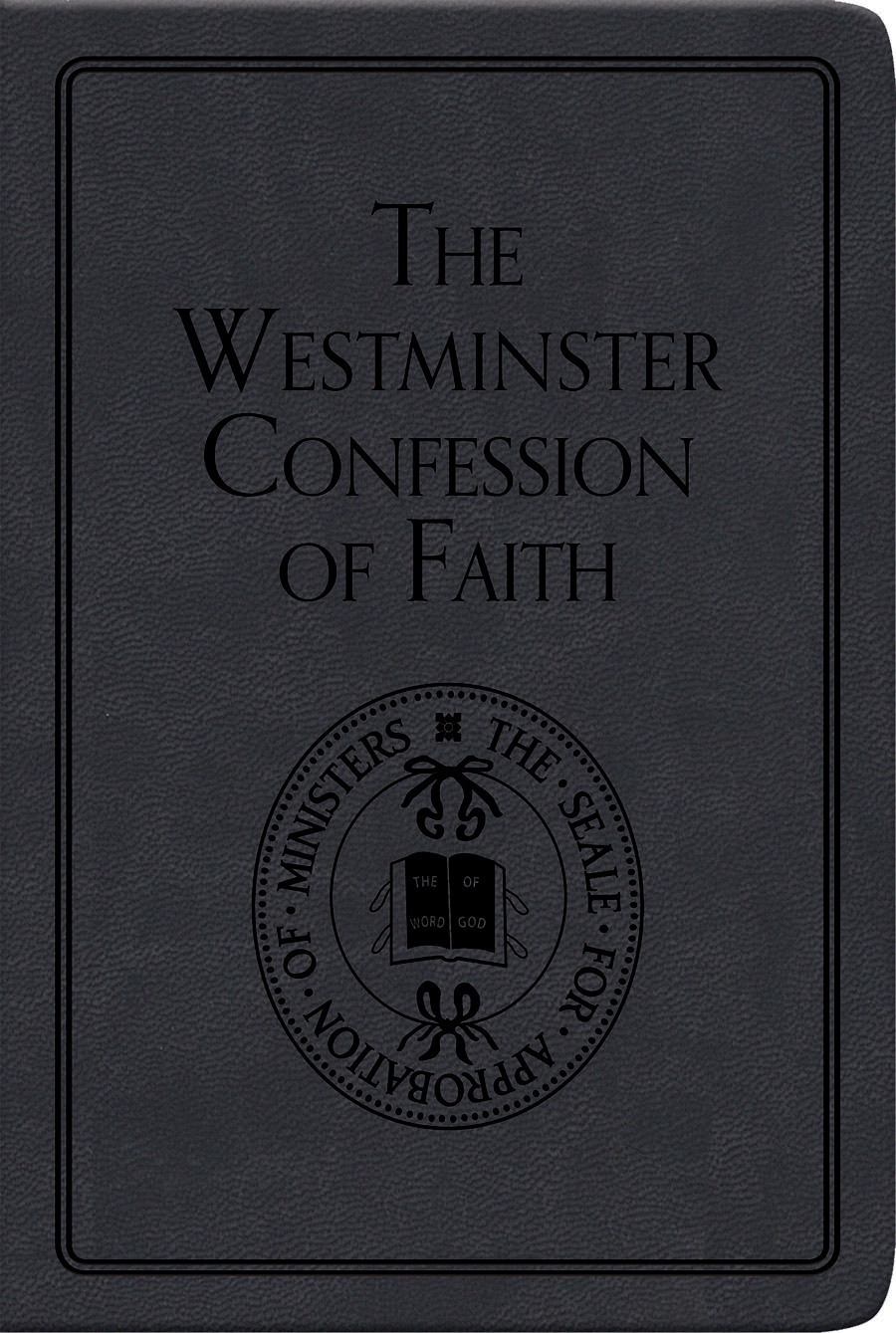 The Westminster Confession of Faith

Among the ‘Notes’ in C. H. Spurgeon’s periodical, The Sword and the Trowel, for July 1890, is an item about the state of the Free Church of Scotland at that time. It looks back to the General Assembly of that year, when two divinity professors, Marcus Dods of New College, Edinburgh, and A.B. Bruce of the […]