Truth’s Victory over Error: Why David Dickson’s Book is Important

Some years ago I made the decision to work a little on Truth’s Victory over Error, David Dickson’s early commentary on the Westminster Confession of Faith. I had a copy of the Robert Wodrow edition, dated 1749, and with that I began. I did this in what time I could spare while minister of the Seventh Reformed Church in Grand Rapids, Michigan and of the First Presbyterian Church of Columbia, South Carolina. Only after my retirement in the autumn of 2005 was I able to bring the task of transcribing and editing the volume to a conclusion. It has just been published by the Banner of Truth Trust in a handsome, hard-cover edition1.

The book has a fascinating history. It was first published in 1684 by George Sinclair as though he himself were the author. Sinclair was a quite well known scholar and writer of the period. Somewhat later Robert Wodrow, a formidable figure in the history of Scotland, put matters right when he edited a new edition and rightly attributed the authorship to David Dickson, the great Scottish preacher, teacher, and spiritual counselor whose name continues to be respected by Christians around the world. Dickson delivered the lectures to divinity students in Latin, probably during the early 1650s.

I was, I suppose, half way through the transcription when the thought occurred to me that I should have a look at the Sinclair edition. By means of the internet I was quickly able to secure a fair copy, at a remarkably reasonable price. So I had the advantage of being in a position to compare that with the book as Wodrow published it early in the eighteenth century. Apart from the fact that Sinclair had claimed Dickson’s work as his own, both editions are virtually identical. Indeed, if anything the Sinclair edition was more carefully edited than Wodrow’s.

All that to the side, the question remains: Why should one be interested in and even purchase this old book, however attractive the new edition? The answer is not far to seek. As long as we had no access to Dickson’s commentary we could do without it: we had no alternative. Now that it is once again available I believe the volume to be virtually indispensable in any serious study of the Westminster Confession, the great document which Dickson so carefully and ably expounded.

Dickson was not a Scottish commissioner to the Westminster Assembly; but he was a senior colleague and friend to those remarkable Scotsmen who took such a leading part in the deliberations of that assembly: Alexander Henderson, Samuel Rutherford, George Gillespie, Robert Baillie, and Archibald Johnston. He knew them well, understood their thinking, and was in complete agreement with their theological convictions.

What this means, of course, is that Truth’s Victory over Error provides an extraordinarily significant window through which we can view the Westminster Confession in terms of the intent of those who composed it. In my judgment, no pastor, no serious student, can now claim to have studied that confession without taking account of the wise, gracious, clear-headed, uncompromising integrity and the profound learning of the great divine who provided us with this indispensable analysis of its teaching.

It has been a singular privilege to become so well acquainted with David Dickson and to have had some part in making his work known to a broader Christian public in the twenty-first century. 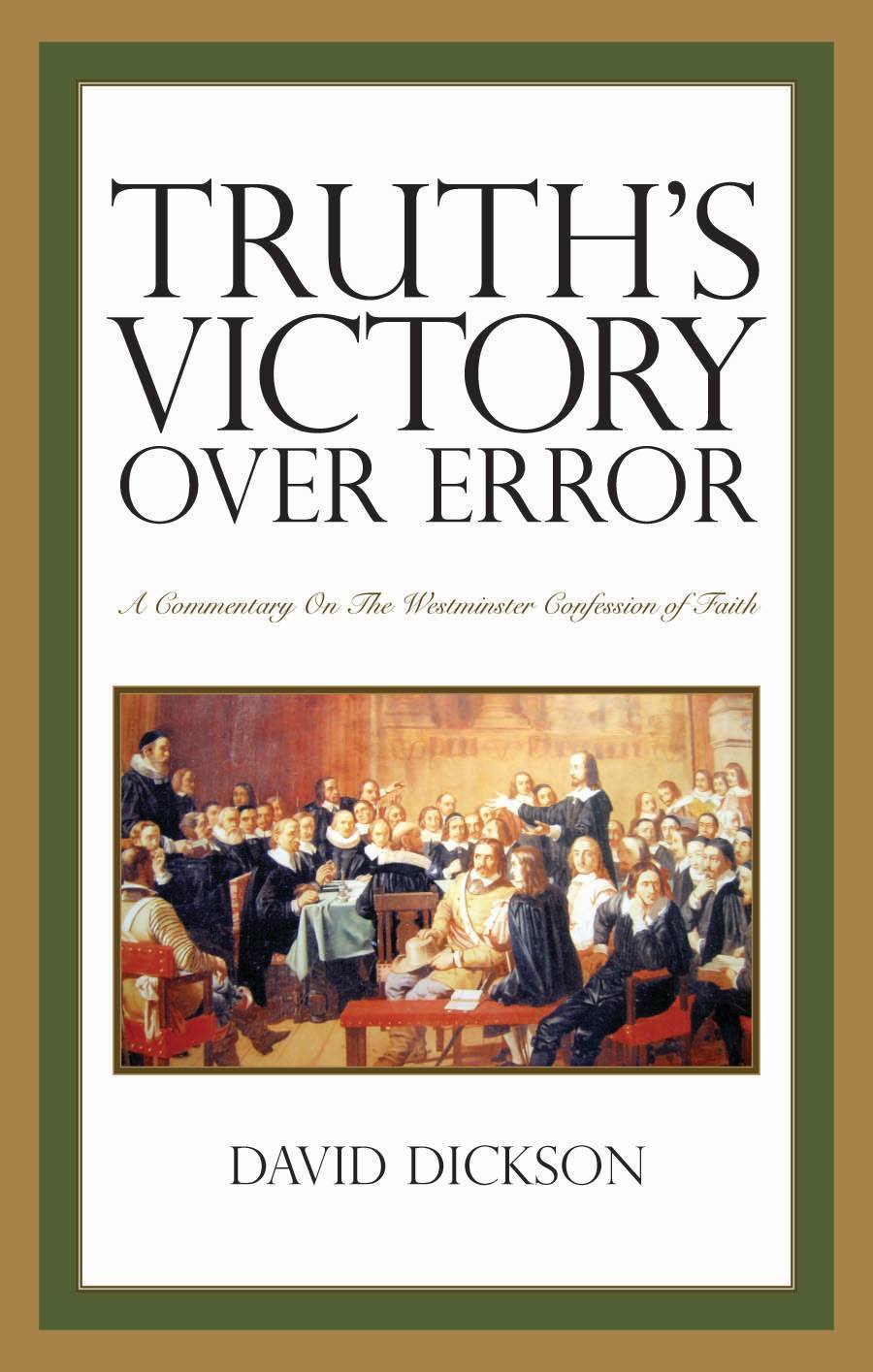 A Commentary on the Westminster Confession of Faith

Some years ago I made the decision to work a little on Truth’s Victory over Error, David Dickson’s early commentary on the Westminster Confession of Faith. I had a copy of the Robert Wodrow edition, dated 1749, and with that I began. I did this in what time I could spare while minister of the […]

Note: This article can also be found in the October 2007 issue of The Banner of Truth magazine.