The Life of Charles Hodge – A Review by Kenneth Macleod

Hodge lived from 1797 to 1878 and was one of the outstanding theologians of the nineteenth century. In a fragment of autobiography which forms the first chapter of the book, Charles Hodge provides recollections of his family background and early life. Much of the remainder of the book consists of letters and other documents collected by his son – the author, who was also his successor in Princeton Seminary. Today one would expect such a work to consist much more of a narrative provided by the author. However, perhaps surprisingly, the book does succeed in holding the reader’s interest.

One particularly touching note is Charles Hodge’s own account of his wife’s last days, in 1849, after more than 27 years of marriage. In the afternoon of December 18, ‘she sank so low’, he writes,

that we feared that she could not live until sundown. She was sweetly humble and resigned. I asked her, Do you love the Lord Jesus? She said, ‘I hope so’. I asked, do you trust in him? ‘Entirely.’ Is he precious to you? ‘Very’ . . . She expressed the greatest penitence and self-condemnation in view of herself and life, but the most peaceful confidence whenever she thought of the blessed Saviour. (p. 392)

Even if one might have to disagree with Hodge on some matters of detail, we must recognise his great contribution to Reformed theology, particularly his massive three-volume Systematic Theology, which is still in print. In a tribute to Hodge after 50 years of teaching theology, a comment was quoted from a critic of his position: ‘It is enough for Dr Hodge to believe a thing to be true that he finds it in the Bible’. It was the comment of someone who was being carried away by the flood of unbelief that was wreaking such havoc in the divinity colleges of the time, but it stated the truth, and this attitude was, under God, the source of Hodge’s greatness.

Another contemporary, William Paxton, who was in sympathy with Hodge’s outlook, emphasised ‘scripturalness’ as a marked feature of his teaching, and added: ‘He taught, not what he thought, but what God said’. Paxton elaborated this important comment further:

With him, the simple question was, What do the Scriptures teach? And when this was ascertained by the light which the study of the original languages and exegetical investigation threw upon it, he did not think that it was our province to stop and inquire whether this was in harmony with our own reason, but to accept it with a humble and trustful spirit. When God speaks, and we understand his meaning, there is nothing left for us but to bow and adore. (p. 629)

Many of the theologians of Hodge’s time had already left that attitude far behind. In this respect, as well as in others, he is a beacon that Christians of the twenty-first century would do well to follow. Hodge was also a commentator of note, having written expositions of four of Paul’s larger Epistles. B. B. Warfield, another of Hodge’s successors at Princeton, believed ‘that Dr Hodge’s sense of the general meaning of a passage was unsurpassed. He had all of Calvin’s sense of the flow and connection of thought.’ (p. 624)

A friend, Henry Boardman, expressed the view that one of the most conspicuous features of Hodge’s religious character was humility, which was an immense tribute to the reality of divine grace in his soul. Boardman went on to comment on one aspect of this humility: ‘His vast learning taught him that he had barely crossed the border of that boundless domain of truth which stretches off in every direction into the infinite’ (p. 641). And again, as a tribute to Hodge’s godliness:

So clear was his apprehension of the spotless holiness of God, so transcendent his views of the love of Christ and the debt we owe Him, and so inwrought his sense of the turpitude of sin, that he could only think of himself as a poor, miserable sinner saved by grace ineffable, whose best services were utterly unfit to be presented to God, whose purest aspirations were too impure to be accepted save through the ever-prevalent intercession of our great High Priest. (p. 642)

These men, we can be sure, would not wish to suggest that Hodge was perfect. But he was a sinner saved by grace and attained an eminent place among those who not only contributed to instructing their contemporaries, but have left behind them important works from which future generations can profit. We ought to be thankful to God for such gifts to his church and to make use of them for our instruction. Two of Hodge’s books stand out as suitable for the more general reader: one is The Way of Life, a paperback collection of chapters on some of the most important doctrines [currently out of print]; the other is Princeton Sermons, a series of outlines. Both have been reprinted by the Banner of Truth, to whom we are also in debt for Hodge’s Life. Hodge lived from 1797 to 1878 and was one of the outstanding theologians of the nineteenth century. In a fragment of autobiography which forms the first chapter of the book, Charles Hodge provides recollections of his family background and early life. Much of the remainder of the book consists of letters and other documents collected […] 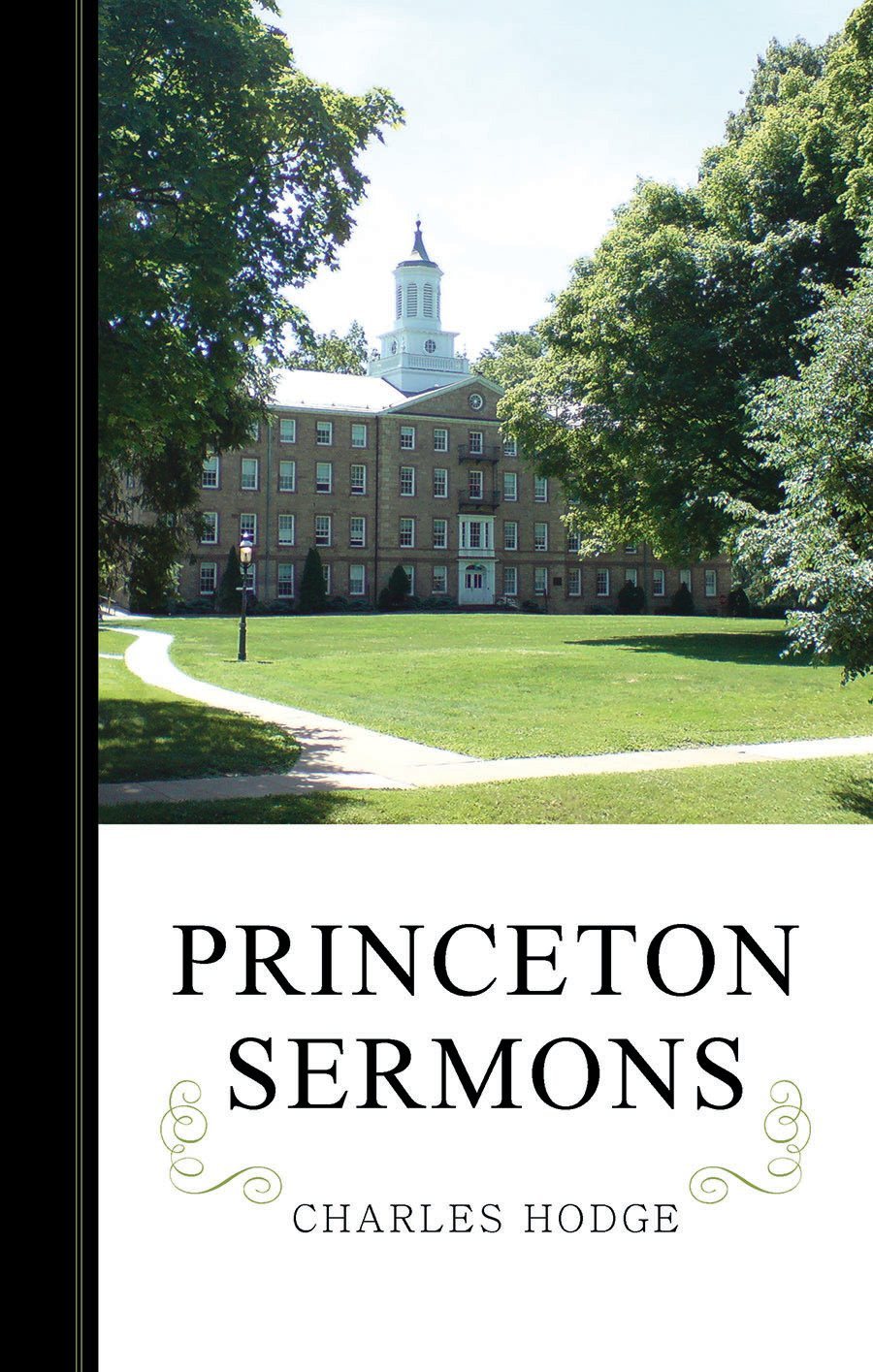 Outlines of Discourses, Doctrinal and Practical

Hodge lived from 1797 to 1878 and was one of the outstanding theologians of the nineteenth century. In a fragment of autobiography which forms the first chapter of the book, Charles Hodge provides recollections of his family background and early life. Much of the remainder of the book consists of letters and other documents collected […]