Jesus, Born of a Virgin

Picture life as a journey, a journey from birth to death. We are born, we live, and we die. That’s how it was for Jesus. Life was a journey for him too. When he made our nature his own, he made our journey his own as well. At both the beginning and the end of his journey, however, we find ourselves in the presence of the utterly unique. No-one has ever begun life’s journey quite as Jesus did. And no-one’s journey has ended quite as his did either.

Let’s start with the end. Jesus’ death was agonising, cruel, and unjust and in these respects no different from the deaths of countless others. But it was only for a time — that’s the difference. When God raised him to life again on the third day it was with a body so changed that it would never experience death again. Death, for Jesus, is forever a thing of the past. It’s the great point of contrast between himself and those whom he raised to life in the course of his earthly ministry. The son of the widow of Nain, Jairus’s daughter, and his friend Lazarus were each restored to life in a body that was still mortal. Each would afterwards die again — and did so. But not Jesus! The body he took with him to the Father’s right hand is now two thousand years old and as imperishable and immortal as on the day of his resurrection.

See what a difference this makes to the end of his journey! Death ceases to be an end at all and becomes instead a mere pause. In his glorified humanity, a complete man again, body and spirit together, Jesus is journeying on endlessly! And though his journey is one on which believers will ultimately join him, it is not until our own resurrection at the moment of his return.

From the end we now turn to the beginning. If no one’s life-journey has ended quite as Jesus’ did, no one’s has begun in quite the same way either. Here is the reason: Jesus was born of a virgin. The birth itself was entirely natural. The conception, by contrast, was supernatural. It is possible for a virgin to conceive today because of the advances in medical technology, but not two thousand years ago. When Mary asked the angel how she, a virgin, could give birth to a son, this was the angel’s reply: ‘The Holy Spirit will come upon you and the power of the Most High will overshadow you’ (Luke 1:35).

The virgin birth has something very humbling to say about ourselves, about the bankruptcy of human nature. It tells us, in a word, that there was no-one qualified. Suppose God were to do what employers do — advertise a position. There is a job he wants done, a very specialised job indeed. He is looking for someone who will save their fellow human beings from sin; someone who will do what it takes to put them right with himself and secure for them eternal life. Suppose he were to invite applications, how many successful candidates would there be? The answer is none — even were he to cast his net as wide as the entire human race and across every century of human history. Isn’t that humbling to our pride?

We humans are certainly an amazing species. We have put a man on the moon, we have unlocked the secrets of the atom, we have mapped the human genome, we have manufactured vaccines for Covid, we are confident we can tackle climate change — but when it comes to our sin we are completely unable to save either ourselves or anyone else. It is a problem immeasurably too big for us to deal with. Don’t we like to believe that we are equal to every challenge that faces us? Yet here we are, totally helpless in the face of the greatest challenge of all.

And that’s why Jesus’ journey began as it did — with his supernatural conception in the womb of the Virgin Mary. We could not produce a Saviour ourselves, by natural generation. Someone needed to come from outside the human race, and in the incarnation of the eternal Word that is exactly what happened. By the power of the Holy Spirit God’s Son took our nature into union with himself at its very beginning point. It made him a truly human Saviour. But it also meant that our rescue was in the hands of the one being in the universe who was capable of effecting it — the Maker of heaven and earth himself.

The virgin birth is humbling in another way, namely, in what it has to say about God. For it tells us that he considered us worth it. There is nothing more common than getting rid of things that are just too expensive to repair. Imagine God doing that with us. Imagine him coming to the decision that the cost of our repair was beyond what he was willing to pay, that given the offensiveness of our lives and the enmity of our hearts we just weren’t worth it. Not when it meant his Son becoming one of us forever. And certainly not when it meant him bearing our sins and dying in our place. But the humbling witness of the virgin birth is that God did consider us worth it. Worth saving, worth sending his Son for, worth giving up his Son to the sufferings and death of the cross for.

Make it personal to yourself. Say to yourself, ‘Jesus, God’s Son, was conceived by the power of the Holy Spirit in the womb of the Virgin Mary so that I might have the Saviour I so desperately need’ and let that shape your response. Since no one else is qualified to do the work of saving sinners — of saving you — don’t entrust the work to anyone other than Jesus. Would you entrust your recovery from cancer to someone whom you knew to be a quack? No more should you entrust the all-important matter of your salvation to helpless fellow mortals. Or try to save yourself. You need to come instead to Jesus, born of a virgin. Saving sinners is the work that he alone can do — and gladly will he do it for you if you will put your whole case unreservedly into his hands. 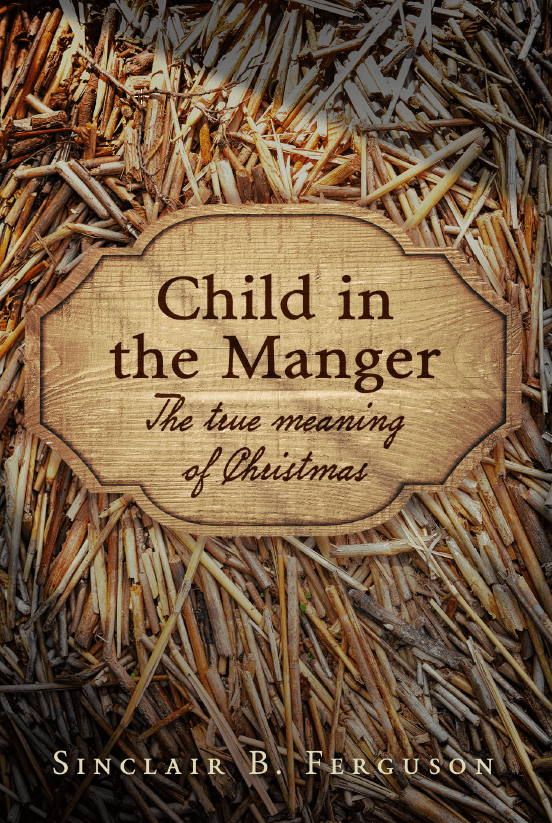 Child in the Manger

The True Meaning of Christmas Songs of the Nativity