Preachers Are Servants, Not Celebrities: What I Have Learned from Charles Spurgeon

On Sunday morning, August 5, 1855, 21-year-old Charles Haddon Spurgeon stepped behind the pulpit of New Park Street Chapel, London, to challenge his congregation to follow the example of one of the saints who had inspired his ministry, the apostle Paul. ‘As a preacher of the word,’ Spurgeon said of Paul, ‘he stands out pre-eminently as the prince of preachers and a preacher to kings.’

Young Spurgeon’s description of Paul was prophetic of his own future ministry. Within a few short years of that Sabbath morning, Spurgeon also earned the moniker ‘the prince of preachers’ as he proclaimed God’s word to congregants from every stratum of society. The boy preacher from humble beginnings even became the ‘preacher to kings’ as members of the British royal family filled his pews.

Lessons from the Prince of Preachers

‘Spurgeon approached the Bible on his knees.’ I first heard the name ‘Spurgeon’ as a young boy in Scotland. However, when I became a man, and began to read his sermons and writings, he endeared himself to me even more. Today, as a minister, I find in his work and life a wonderful example of what it means to be a preacher of the gospel.

1) Preach the Word. As Spurgeon stood before the congregation of New Park Street Chapel that same August Sunday to discuss what it means to preach the word, he pointed his listeners to the veracity and sufficiency of the Scriptures. ‘Am I to take God’s Bible and sever it and say, “This is husk and this is wheat?”‘ Spurgeon said, ‘Am I to cast away any one truth and say, “I dare not preach it”? No — God forbid!’

Throughout his ministry, Charles Spurgeon maintained an unwavering commitment to the word of God. Over time it became apparent that whether he was preaching in the Crystal Palace, before thousands in the Metropolitan Tabernacle, or with his students, Spurgeon was a man of integrity. His integrity, however, extended beyond his own personal life to encompass his concern for the gospel and theology. His preaching was forever crystal clear and Jesus-centered — qualities that have chased me down through the corridors of time to make me an unabashed fan of Spurgeon.

2) Cultivate the Heart of a Shepherd. Following the example of his Good Shepherd, Spurgeon was filled with compassion for sinners and longed to see them safely returned to the fold of God. Spurgeon firmly believed God loved saving the lost. It was a conviction that fueled his ministry. His tremendous longing to see men and women respond to the offer of the gospel was only matched by his intolerance for those who tainted the gospel of grace with the fallacy of works.

‘I find a great many preachers are preaching that kind of doctrine,’ Spurgeon said. ‘They tell a poor convicted sinner, “You must go home and pray and read the Scriptures; you must attend the ministry.” Works, works, works — instead of, “By grace are you saved through faith”‘ (see Ephesians 2:8).

‘It is easier to spend five hours preparing for a sermon that to consecrate five minutes to prayer for our people.’

Spurgeon was also committed to tenderly feed his flock. Although he had very little formal education, there was something of genius about him. He read the primary sources of theological works, then took those incredibly complex concepts and distilled them down in a way that ensured the youngest person and the least educated person in the room could understand them. His clear and simple sermons are a shining example for all modern preachers to emulate.

3) Seek Godliness over Giftedness. Spurgeon was an absolute sensation in his time, preaching to over ten million people. During each service, stenographers recorded his message. At the end of evening, the sermon was sent to print to be sold in shops and rail stations the next morning. Yet, for all his gifts and influence, Spurgeon was a humble man.

There was nothing superficial or showy about him. He approached the Bible on his knees. He seemed to have a deep awareness that he had been called by the grace of God, and that it was that same grace which empowered and equipped him for the privilege of ministry. This genuine humility of heart allowed him to realize he could plant and water, but only God could make things grow. ‘Remember,’ Spurgeon admonished the congregation of New Park Street Chapel, ‘both trowel and mortar must come from him. The life, the voice, the talent, the imagination, the eloquence — all are the gifts of God!’

Spurgeon was convinced that the dangerous sin of pride could find him anywhere, even in the pulpit. Perhaps today’s ministers are even more vulnerable to hubris than in Spurgeon’s day. With the advent of social media in which ‘likes’ and ‘followers’ are the baseline for success, it is all too easy for a pastor to lose sight of the life of sacrifice to which he has been called.

As shepherds of God’s people, we are to give ourselves to prayer and the ministry of the word, but it is far easier to spend five hours in preparation for a sermon than it is to consecrate five minutes to prayer for our people. We think the congregation needs our giftedness, but the truth is, what they really need is our godliness.

God has called us to be servants, not celebrities. It is important for us to be in the hospital visiting the sick, and at the bedsides of those facing death. When we allow ‘the weed of pride’ to take root in our ministries, we soil the reputation of the gospel by embracing a double standard that allows us to proclaim certain truths without living in the light of the very messages we proclaim.

Let’s not kid ourselves. It is not what people say about us or what we say about ourselves that matters, but what God says about us.

Jesus is the chief Shepherd: we are the under shepherds. It was this pattern of ministry that Spurgeon exemplified for me. May I, along with all of God’s servants who endeavor to preach the gospel, hold firmly to the pattern set before us, fulfilling our call to ministry with holy reverence. May we all say with the apostle Paul and with Spurgeon, ‘Woe unto us if we preach not the gospel!’

Alistair Begg is senior pastor of Parkside Church in Cleveland, Ohio. He is a friend of the Banner of Truth and has spoken at our ministers’ conferences. He has recently become the general editor of the CSB Spurgeon Study Bible. This article recently appeared in John Piper’s blog Desiring God. 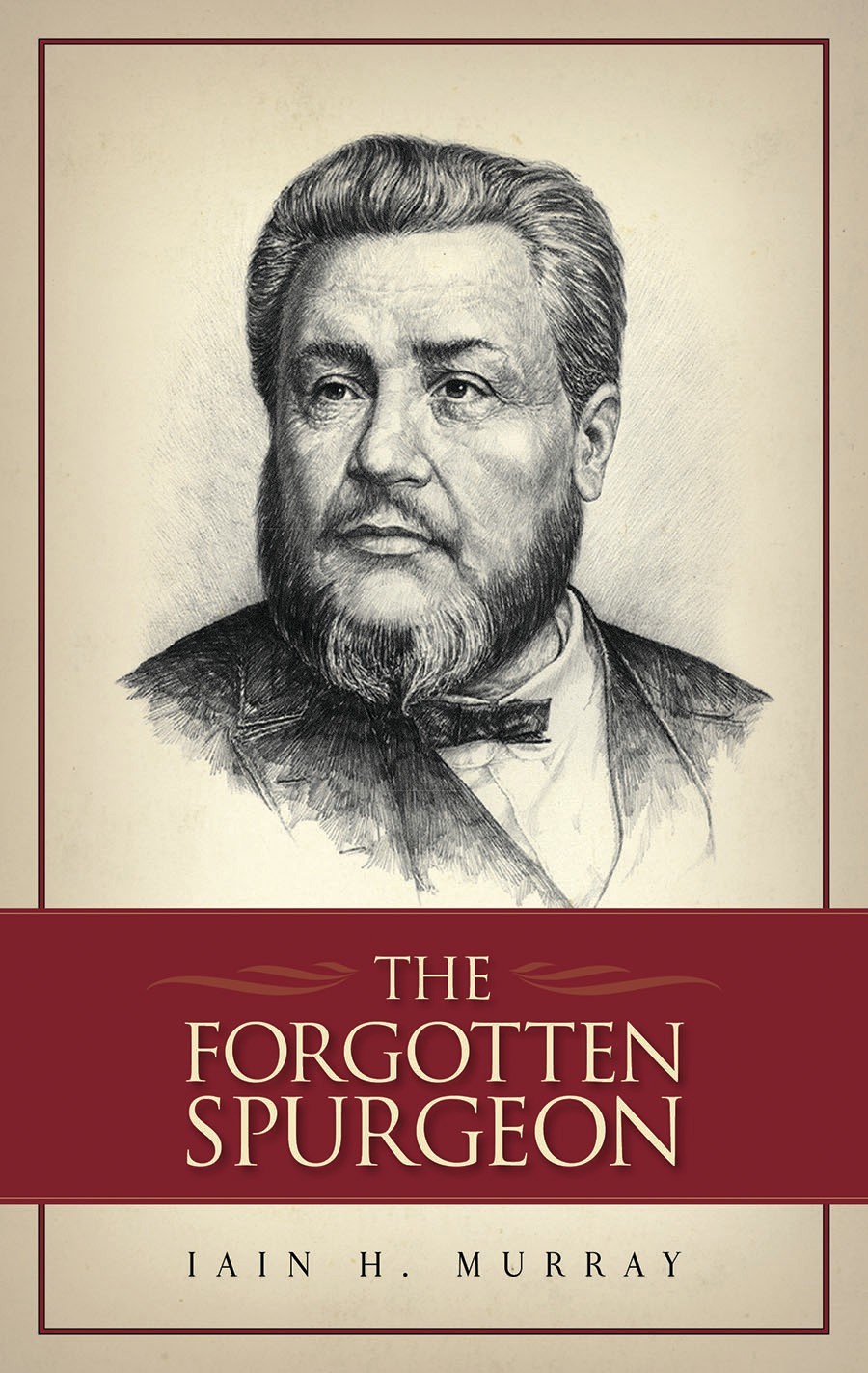 On Sunday morning, August 5, 1855, 21-year-old Charles Haddon Spurgeon stepped behind the pulpit of New Park Street Chapel, London, to challenge his congregation to follow the example of one of the saints who had inspired his ministry, the apostle Paul. ‘As a preacher of the word,’ Spurgeon said of Paul, ‘he stands out pre-eminently […] The Pastor in Prayer

A Collection of the Sunday Morning Prayers of Charles Spurgeon

On Sunday morning, August 5, 1855, 21-year-old Charles Haddon Spurgeon stepped behind the pulpit of New Park Street Chapel, London, to challenge his congregation to follow the example of one of the saints who had inspired his ministry, the apostle Paul. ‘As a preacher of the word,’ Spurgeon said of Paul, ‘he stands out pre-eminently […]