It was sometime in the year that the Lord mercifully saved both of us, that my father said to me, ‘If a person really understood the gospel, I don’t see how he could reject it.’ His point was that if we could just make the gospel absolutely clear, everyone would perforce accept it. Our pastor was then preaching a marvellous series of sermons from Romans, making clear the message of justification by faith, and the all-sufficiency of the cross of our Lord and Saviour Jesus Christ. We thought that if only this saving gospel of Romans 1:16 could be made just as clear to all men, every heart would joyfully receive the gospel.

A quarter of a century later, by the grace of God, my father and I are still simply clinging to the cross. What has become painfully clear to me is that, no matter how clearly the gospel is presented, men will reject it. That brings us to ask the question: Why will men not believe in the Lord Jesus Christ and be saved?

Of course there is one answer, and there are a hundred answers. As one who accepts and loves the Calvinistic doctrines of God’s grace and sovereignty, I know that there is one answer. It did not please the Father to grant them saving faith (Matt. 11:25) . If you do not believe, it is because God did not elect you. There are also a hundred answers, ranging from religious tradition, to family objections, to the blinding work of Satan, to the doubting of God’s Word.

We are not here ranging into those reasons, though. We are asking what is the precise perversity and blindness in sinful man which leads him to reject the gospel of Christ? Let the answer come in the words of Thomas Boston, the eighteenth-century Scottish divine. The following notes are taken from Boston’s sermon on Isaiah 61:1 (Works, vol. 9, pp. 540-541).

Thomas Boston states that man’s rejection of the gospel is traceable to certain sinful weaknesses. We shall quote Boston’s main analysis phrase by phrase and then add explanatory comments of our own.

1. ‘No due sense of spiritual wants’.

Proverbs 27:7: ‘The full soul loatheth the honeycombe’. This is the old Laodicean sickness (Rev. 3:17). A man says, ‘I do not sense any great hurt or lack or failure in my life. I have a good education; I have achieved vocational success; my marriage and children are fine; my personal life is one of morality and integrity. I have respect for the church, I believe in God, but I do not see any overwhelming need in my life — nothing that compels me to cry out to Jesus Christ to save me.’ This is the man who hears of the treasure hid in the field. He replies, ‘Yes, many people could really use that treasure, and I am sure they would find it good for them, but thank you anyway, I have enough treasure of my own.’

2. ‘No true sight and sense of their own sinfulness’.

He says, ‘I’m no angel, I’m not perfect, sure I’ve done wrong, call it sin if you like, but. . .’ There is always that ‘but’. Many evangelistic method booklets prescribe that we ask a question such as, ‘Do you admit you have sinned?’ The usual answer is, ‘Of course I do.’ There is always the crossed finger, or a qualification, though. ‘It depends on what you mean by sin; I am no serial killer. I was not in the Nazi party, I am not a pervert. So if you mean, have I been less than I ought, yes. But if you mean that I am some sort of depraved person, then no. Certainly God and religion could make me a better person, and we all need that. But I do not consider myself a ruined sinner, with a corrupt life, whose only hope is in the mercy of God.’

3. ‘They do not see the clouds of wrath which are hanging over their heads’.

Our apprehension of our wretchedness is directly proportionate to our apprehension of the glory of God. The same ratio holds true for our sinfulness and God’s holiness. What man comes before God as did the prophet Isaiah? What man sees God as unapproachable, a consuming fire, a pure and utterly holy and excellent Being? No, men have dealings with a ‘god’ who is much like themselves. How does a lost man react to Boston’s image of ‘clouds of wrath hanging above his head’? He replies, ‘Those are old-fashioned clouds and a new wind has blown them away.’ Now that those old clouds are gone, man imagines he can see God clearly. ‘He is a God who suits man’s self-indulgence, a God who is waiting to bless men in their sin.’ But such a view of God is drawn from man’s imagination.

4. ‘They are strangers to their utter inability to help themselves’.

Total inability and total depravity are nearly interchangeable. They are two sides of the same coin. These truths are not only offensive, but incomprehensible to the natural man. Many people have heard the basic gospel message, and it ends with, ‘Now here is what you must do. . . Repeat this prayer. Exercise simple faith. Raise your hand. Say yes.’ Most men say, ‘I understand the steps. Now I can take the final step to salvation as and when I please.’ That ‘step’ however, is about ten miles. Men think it is just that last little step, into the kingdom. That ‘final step’ is a giant step, an impossible step for man to take of himself.

Consider a man trapped in a burning house. He senses no dire need, because he is just one doorway from his drive and from safety. What he does not realise is that the door is locked and he has no key.

The natural man says, ‘I see that Christ could help me in many ways. I can see that his cross is the way for my sins to be forgiven.’ What he does not see, though, is his own need for Christ to save him. He does not painfully and sensibly ‘feel’ that he is lost, condemned and helpless before God. He does not feel the horrible realisation that if Jesus Christ does not do the saving work, he is going to an eternal hell of fire. He does not feel the desperate bondage in which his sins have chained him.

6. ‘They see not their own unworthiness’.

Self-worth is the catchword of our day. Allegedly, men need to have a good ‘self-image’, a positive ‘self-­concept’, a strong ‘self-affirmation’. That is what popular Christianity tells them. It is the language of popular psychology, popular media talk and popular paperback books. In fact, today’s gospel goes so far as to say that a poor self-image is hurtful. It is keeping you from the fulness of God’s blessing. The whole point of the gospel, so it is now said, is to give a good ‘self-worth’. Obviously, men do ‘not see their own unworthiness’. In fact, it would nowadays be deemed wrong to do so. Boston puts it in this way: ‘They cannot see how the Lord can reject (them). The thought that God may rightfully reject me, the very idea that I am unworthy of God — that is said to be a harmful subject to broach with sinners.

7. ‘They have no anxiety for the supply of their soul wants’.

Here are the foolish virgins, sleeping on through the night. Why do they sleep, when they know that the Bridegroom is coming? Because they have worn themselves out with the activities of the day. They have been diligent, thoughtful and devoted to many things. They have built up their supplies of financial security, of pleasant housing, of physical fitness, of community standing, of family togetherness. But what about their supply of ‘oil’? Time enough for that! They have felt no need to be anxious about the oil of grace which saves and supplies the soul. ‘God would not want us to be upset about religion or about spiritual matters. God does not lay a “guilt trap” on us. No, God wants us to be at peace. He does not send nightmares or sleeplessness upon men. Surely spiritual anxiety could not be from God!’ With such language sinners deceive themselves and perish.

Here Boston, with great perception, exposes the sinner’s fatal mistake. Man realises he needs the gospel, but he has set a limit on the price he is willing to pay. If the asking price is too high, he will go without. Or else, he will look for a ‘Christ’ who is less demanding. If the demand of Christ is to pluck out the right eye, the price is too great. Man will look around for a gospel which allows him to keep his ‘eye’ — and also his ‘right’ hand, lusts, and riches — and still go to heaven. If the gate is too narrow, then widen the gate! The terms of the gospel are now set by men, not by Christ. As Stephen Charnock wrote, ‘The happiness the gospel proposeth is naturally desirable. . . but not the methods which God had ordained for the attainment.’

Here then are Thomas Boston’s eight reasons why men will not believe the gospel. He was a ‘master of Israel’ and although he pastored a people little removed from feudalism, he was a magisterial divine, who still to this day speaks directly to the heart of man.

This article was first published in the January 1990 edition of the Banner of Truth magazine. 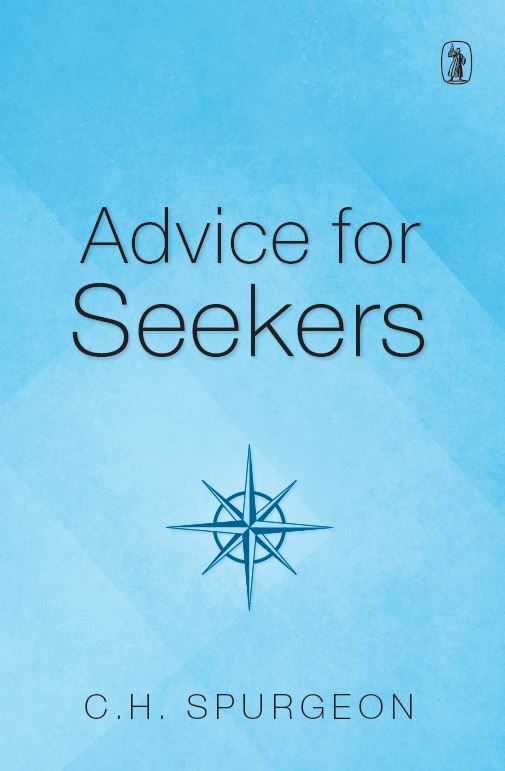