This is a remarkable volume to receive just now, in the early part of the 21st century. It is truly historically unique, containing as it does so much under one beautifully-produced cover. It is a joy to those committed to the Reformed Protestant Biblical Faith, and a timely publication in the midst of the gathering apostasy of our generation. With our Bibles in one hand, and this volume in the other, we are well equipped — double-edged with a trusty sword, we might say — for the great satanic Battle now engaging us, and coming upon us with such renewed vigour and power.

The battle for truth began as far back as the Garden of Eden, with the promise of the protoevangelium, the announcement of the gospel, ‘remarkably it makes it debut as a sentence passed on the enemy’ (Derek Kidner; Genesis 3:13-15). This battle has raged, with varying degrees of heat, for six thousand years, but the fury of the conflict only now seems to be moving, so swiftly. Witness the large numbers of martyrs, the increasing persecution everywhere, the terrible universal lawlessness of the world and, in the West, the Church, so weak, so unready, so grasping of mere straws in the wind and, most dangerous, so optimistic of human remedies as a contemporary solution to spiritual verities.

The Westminster Confession, like all Creeds, is fallible. Like all human creedal statements, it is profoundly inferior to Holy Scripture. But it is the finest Creed still in Christendom, the most satisfying in its biblical endorsement, and the instrument which has proved itself again and again to be the fruit — and the herald — of reformation-revival. It has also provided real inspiration for great missionary endeavour, and proved the point many times over, there is no dichotomy between reformed teachings and heart-felt, burning zeal for lost souls.  There is urgent, if not mandatory need to re-read this uniquely valuable historical document, absorb its contents, pray-in the truths, draw comfort from its precepts, preach, apply, and commend its teachings, embrace its certainties, and to do so with worldwide Christendom in mind.

Let us be honest before Almighty God. Let us humble ourselves and repent of our many sins, personal and corporate. Let us learn from the Church of England and the Church of Scotland, and wider still, even from general Presbyterianism itself, Orthodoxy and truth is no automatic guarantee of Holy Ghost-inspired life. But it can be a mighty foundation and a powerful boost to the doctrines of grace, and the reality of salvation, when the Living God chooses to move among us. Abandonment of the doctrines of the Westminster Confession is surely a preliminary warning; our Enemy, the great red dragon, that old serpent, the Devil, Satan, the Deceiver, and the Accuser of the brethren, is flexing his debauched muscles for another (perhaps the final?) assault on God’s precious ones who, all praise to God Himself, shall gloriously overcome (Revelation 12:7-11).

The Westminster Assembly began its work on 1 July, 1643, and consisted of many of the foremost theologians of the English and Scottish churches. Assembling at Westminster Abbey, their task, authorised by the English Parliament, was virtually impossible — to reform the liturgy, discipline, and government of the Church of England; to promote church unity between England and Scotland, while embracing the Continent as well; and to substantially revise the 39 Articles of Religion. Such was the quality of the effort, it took five years to achieve, against the backdrop of immense political and spiritual conflict, in the period we now affectionately call ‘Puritan’. One can only longingly dream, of how different England might have become had the work here been as successful as it was in Scotland and far beyond. It also needs to be said, Independents and Baptists should remember, with immense gratitude to the Lord, how dependent their own valued doctrinal Confessions are on this remarkable Puritan period generally and on the Westminster Assembly and its work particularly.

This new Banner of Truth  volume is richly comprehensive.  The basis for the edition of the Westminster Confession of Faith is a text published by Thomas Nelson in London in 1857, under the authority of the General Assembly of the Free Church of Scotland. A short Appendix to the Confession of the Faith has been added, containing the three major ‘American Revisions’ of 1788. There is also the address to the Christian reader — especially heads of families,  which includes a list of signatories to those prayerfully sending forth the creed in the mid-17th century. Thomas Manton’s epistle to the reader is included, the Acts of Assembly and Parliament, and other relevant Assemblies between 1643 & 1690.

Here in one volume is The Confession of Faith, The American Revisions, The Larger Catechism, The Shorter Catechism, The Sum of Saving Knowledge, The National Covenant, The Solemn League and Covenant, Acknowledgement of Sins and Engagement to Duties, The Directory for the Public Worship of God, The Form of Presbyterial Church Government, and the Directory for Family Worship. Finally, the chief matters contained in the Confession of Faith and Larger Catechism are added as a Table (i.e. an index for easy reference). Of course, Independents, concerning church government, Baptists with respect to candidates for baptism, and some Episcopalians (not this reviewer), on the nature of Presbyter-bishops, will hold conflicting views, with equal integrity. However, all those holding to the reformed faith, in its essential substance, should be able to largely unite around The Confession of Faith, which throughout gives copious, in-depth reference, and valuable record, of Holy Scripture, relevant to each dogmatic assertion.

3. The Directory for the Public Worship of God is as relevant today as it was when first issued at Edinburgh, February 6, 1645. Evangelical worship in particular has largely become an irreverent and superficial affair, often more entertaining than edifying. The Directory deals with the public assembly of the Congregation, The public reading of Holy Scripture, prayer before sermon, the sermon itself, prayer after preaching, Baptism, the Lord’s Supper, Uniqueness of the Lord’s Day, Marriage, Visiting the Sick, Burial of the dead, Solemn fast days, Days of public Thanksgiving, the Singing of Psalms, and an appendix, concerning Days and Places of Public Worship.

Other Associated Historical Documents follow touching on pastoral and ecclesiological matters, such as church government, ordination, and Church Assemblies. Throughout, these documents are laced with Holy Scripture, printed in full for easy reference, and study, as well as for easy sermon, or Bible-lecture construction. All this was accomplished and presented, in the splendid rendering of the recently issued Authorised Version of 1611.

A highly respected professorial view, expressed in the near past, and enshrined on the dust cover of this splendid, and perhaps unequalled 2018 publication, is cause for serious meditation, and wholehearted implementation.

The Westminster Confession and Catechisms are, therefore, the mature fruit of the whole movement of creed-formation throughout fifteen centuries of Christian history, and, in particular, they are the crown of the greatest age of confessional exposition, the Protestant Reformation. No other similar documents have concentrated in them, and formulated with such precision, so much of the truth embodied in the Christian revelation (Professor John Murray, 1898-1975).

On a lighter note, Charles Haddon Spurgeon, once passed a butcher’s shop where he saw a large consignment of ‘backbone’ for sale. He later recorded in his Lectures to My Students, he could use the whole consignment for many of the men he knew! What might the famed Victorian Preacher, who died comparatively young, exhausted no doubt by the Liberal Doctrinal Downgrade and the many battles he fought for Jesus and His Truth, want to say to us, if he were alive today? We know what he thought of Thomas Watson’s Body of Divinity. He wrote a flowing commendatory preface to Watson’s theological exposition, based on the Shorter Catechism, stumbling only over baptism.

Today, recommending the Westminster Confession and its associates might be rather like trying to convince an inexperienced favourite nephew, on a visit to a car showroom, to choose a very old black Rolls Royce, and leave behind the pretty painted Lada. To change the image, why have one Christian book when you can have a complete library in one volume? £18 for all this? I don’t know how the publisher does it, but I’m so grateful this volume fell into my hands. It will stand alongside Calvin’s Institutes, Matthew Henry’s Commentaries, Bunyan’s Pilgrim’s Progress, and, yes, aside my valued Book of Common Prayer, as imperfect as it is in comparison.

More on the Confession The Confession of Faith, The Larger and Shorter Catechism, The Sum of Saving Knowledge, The Directory for Public Worship & Other Associated Documents The Westminster Confession of Faith 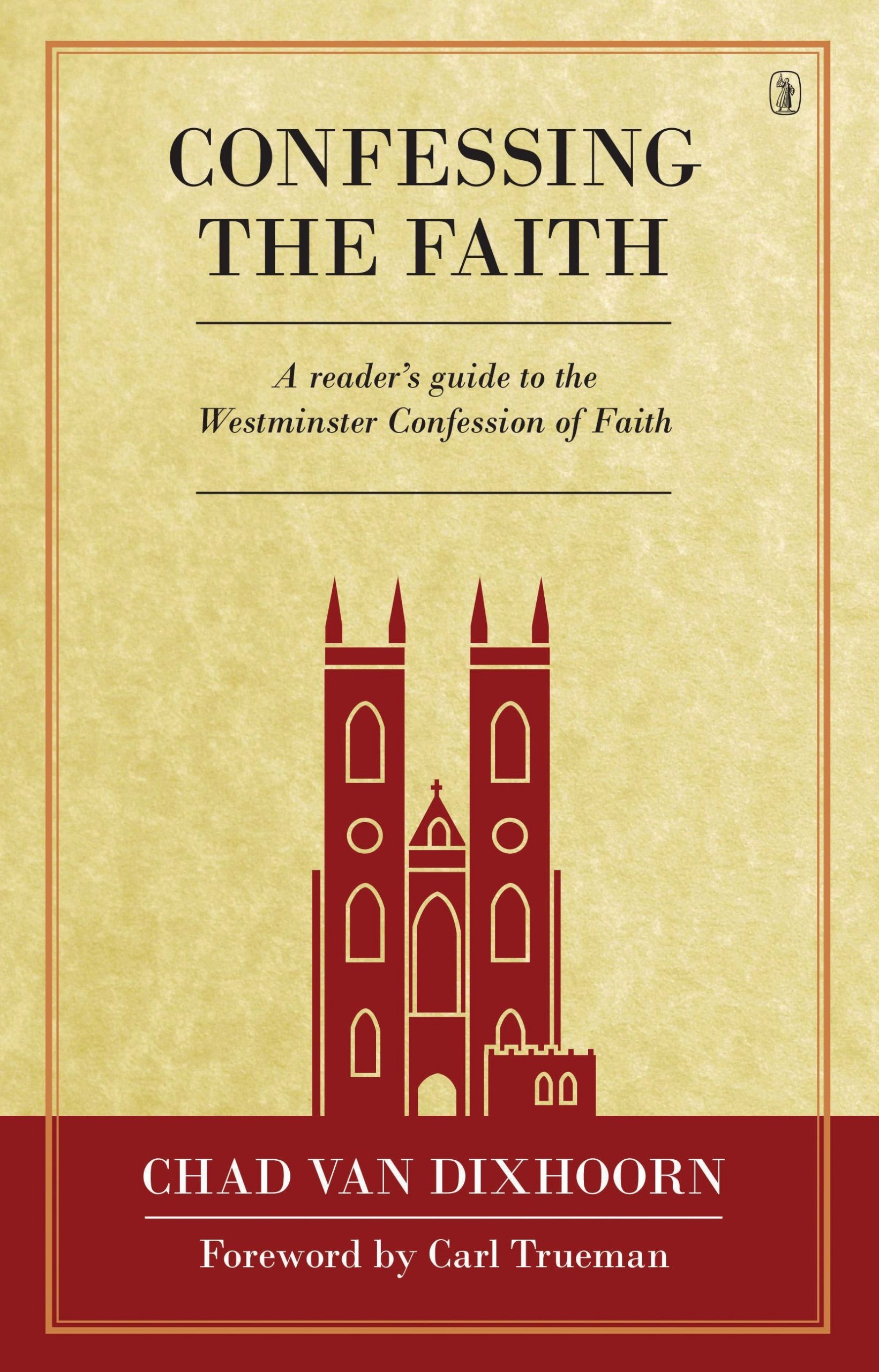 A Reader's Guide to the Westminster Confession of Faith