This preacher and author was known for faithfully teaching orthodox Christianity while also working for Christian unity. He was deeply troubled by the divisions between Puritan reformers and he longed for them to reconcile. Born in 1599, Burroughs attended Emmanuel College, Cambridge, but was forced to leave because of his nonconformist beliefs. He nevertheless served as minister for multiple congregations, ultimately leaving for Holland where he served at the English Church at Rotterdam. He returned to England in 1642, where he served as a preacher in London and played a leading role in the Westminster Assembly, unfortunately dying prematurely before the assembly’s work was complete. One of the most well-known of Jeremiah Burroughs books is titled The Rare Jewel of Christian Contentment. Jeremiah Burroughs’ Contentment encouraged believers to be peaceful in their hearts, even during challenging times, fervently sharing his message with warmth, passion, clarity and cogency. 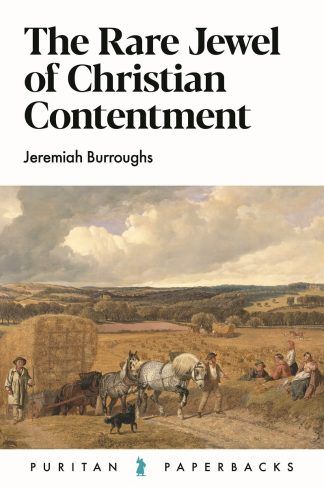 The Rare Jewel of Christian Contentment

Practical and biblical ways to remedy the spiritual disease of a spirit of discontentment. Marked by sanity, clarity, aptness of illustration, and warmth of appeal to the heart. 232pp.